2015 Mercedes Smart ForTwo Electric is a not-to-be-missed vehicle of 2015. It not only promises to save the earth by making no pollution, it also has a friendly demeanor. 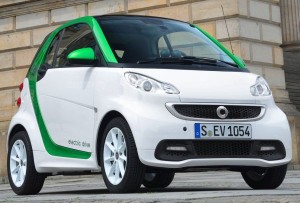 The appearance of the vehicle does attract eyeballs. The windscreen is broad, which allows the driver a good view of the front. A rear wheel drive, the length of the car is 106.1 inches. Of course, it is no mystery that the car is compact. It can make a full circle with a radius of 274 inches, which should relieve your parking concerns a bit. It will be available in 6 colors – Crystal white, Silver metallic, Grey matte, Clear flame yellow, Rally red. 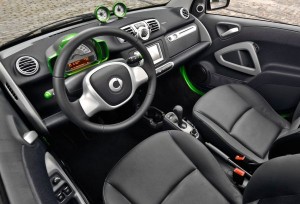 The vehicle boasts an engine, which is expected to deliver 74 horsepower and has torque of 96 pound-ft. Apparently the figures are not that impressive. However, when compared to the weight of the car which is close to 2150 pounds, this power, and torque should be appropriate for giving the car a good speed and allow it to perform well in day-to-day circumstances. During testing, it was found that in a span of 11.5 seconds the vehicle could pick up a speed of 60 mph from scratch. Moreover, with the maximum speed of 78 miles/hour, the car covers a quarter mile within 20 seconds. 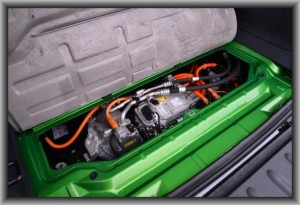 Run by power, this vehicle should not require you to plug it in more often. It is equipped with a lithium ion battery 17.6 kWh and EPA says on the city roads it will offer 122 mpg and on highways 93 mpg. On a single charge, this car should run around 76 miles on city roads while on a highway, it should not deliver any less than 59 miles.

Its price is yet to be revealed. Nevertheless, speculations suggest that it will be close to $25,000. You should expect to see the car in the showroom in the fall of 2015.

A comfortable vehicle for you and your partner/friend/spouse; it is certainly not a bad choice for everyday commuting. With recuperation paddles, the 2015 Mercedes Smart ForTwo Electric boosts power whenever brakes are applied, which is awesome.